Look for the collaboration of Kirsten Dunst with cashmere label Lutz + Patmos to debut Sunday, February 3, at the New Museum.

Dunst, who is currently appearing in Miu Miu's spring/summer 2008 ad campaign, is known for her quirky, offbeat style and has, for some time, had an interest in launching her own fashion line.

Lutz + Patmos have previously worked with celebrities including Liv Tyler, Julianne Moore (see below). These creations are to benefit a designated charity as the following encapsulated statement of the philosophy of the guest designer declares: (from lutzandpatmos.com) 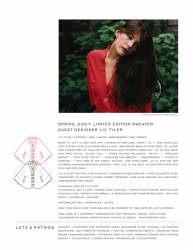 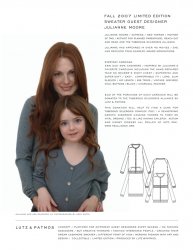